Ayurveda is a source of the knowledge of the dietary experiments conducted in the Indian sub-continent for centuries with understanding of the dietary habits of people living in the neighbouring countries of the world. Ayurveda has described the nutritional and therapeutic properties as well as demerits of not only vegetarian sources but also non-vegetarian sources of food that have been used by human kind through millennia. While it admits the use of meat in some exceptional circumstances, it highlights the possibility of taking informed choices in cultivating a vegetarian diet by careful study of the properties of such rich and diverse food sources, the specialized knowledge of combining and processing them and also adopting healthy eating habits. The solution lies not in blind rejection of non-vegetarian diet, nor in blind acceptance of vegetarian diet. Anything that is vegetarian may not be good just because it is vegetarian. The solution lies in exercising conscious choice with a deeper understanding of the nutritional benefits that one can derive with a carefully planned vegetarian diet. A vegetarian approach to living that will become a gentler, humane and compassionate way of feeding ourselves as we take the few moments allocated to us to celebrate existence.

Ayurveda is the health care system indigenous to India, a country that was ranked by the Food and Agriculture Organisations of the United Nations in 2007 as the lowest consumer of meat in the world. Meat consumption in India is 3.2 kg per person per year, which is about 120 kg less than the United States. About 40% of the Indian population is vegetarian and comparing this with Israel, Taiwan (13%), United Kingdom (11%), Italy, Sweden (10%), Germany (9%), Australia (5%), United States (1.9%), France (2%) and Portugal (0.3%), India can be considered as a stronghold for vegetarianism.

Health care practices in India were predominantly shaped under the influence of Ayurveda, which has originated and evolved in the Indian sub-continent over many centuries. It would therefore, be interesting to explore the Ayurvedic approach to vegetarian diet for health care as well as cure of diseases.

In fact, the classical texts endorse the use of meat for medicinal purposes in certain contexts distinguishing between dharmahiṃsā - violence with a higher purpose and kāmahimsā - violence for pleasure and selfish ends. Consumption of meat was also considered to be natural with some texts proclaiming that life is food for life. 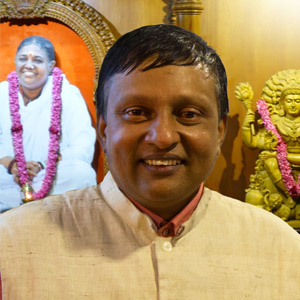 Please, fill out the form below to take part in the online workshop.